It has come to my attention that some wish me to clarify my reasons for seeking a position on the Ragdoll Breed Committee and to provide my qualifications. My name is Christine Lupo and my cattery is NY DIVINE DOLLS that was established in 2008. I was mentored by the absolute best of Ragdoll breeders, that continues to this day. I have brought my pointed variety of Ragdolls to RW Supreme Grand Champion titles, RW Quadruple Grand Champion titles, and one to the RW Double Grand Champion title. I have also exhibited my solid, mink, and sepia TICA registered Ragdolls under “New Traits” in the show halls. I have mentored new breeders, participated in AKC/TICA Meet the Breeds in NYC for the past few years, created Coastal City Cat Club, constructed a Ragdoll DNA Registry. I have also managed my own TICA Cat Shows in order to protect and welcome TICA registered solid, mink, and sepia Ragdoll breeders from some of the exhibitors who produce solely the pointed variety and resort to bullying tactics. 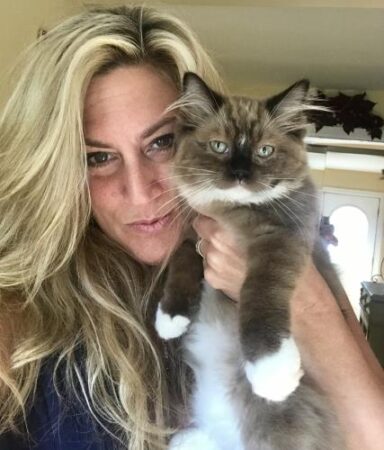 Three Ragdoll Breed Committee Members (two current, one former) have made their intentions clear. Their letters exemplify exactly what has been an ongoing occurrence in the show halls, at least since I became a Ragdoll breeder. New exhibitors who wish to learn about the Ragdoll Breed Standard, even if they are producing non-pointed TICA registered Ragdolls, should be embraced and educated not demeaned, shunned, and turned out of the show hall–especially, new breeders who wish to exhibit and get the opinions of the judges to help them to move forward in their programs. I will continue to provide a safe haven for these breeders. My new club is the International Ragdoll Cat ALLIANCE (IRCA) where TICA registered Ragdolls of ALL colors will be welcome! I believe that the breeders of the non-pointed variety now far exceed the pointed variant. They would like to come to the shows and go home with more than just constructive criticism.

I am also running for the TICA Ragdoll Breed Committee because I would like to see the Ragdoll Breed Standard revised further to reflect the perfect Ragdoll. I do believe the standard has been improved, substantially, in that it is extremely well-detailed and precise; however, I
would advocate for moving all that is currently specified under “PENALIZE” to “WITHHOLD ALL AWARDS.” I would move to transfer all that is under the current designation of “ALLOWANCES” to “PENALIZE” with the exception of “General” seasonal changes in coat and “Paw Pad” spots of color. This is part of how I have judged my own TICA registered pointed, solid, mink, and sepia Ragdolls in determining whether or not they remain in my program and/or set foot in a show hall. A Ragdoll breeder should be cognizant of how to control the white spotting factor in their program. I would push to add breed groups under the Ragdoll Breed Standard to permit TICA registered solid, mink, and sepia Ragdolls to be shown for championship. It seriously is about time because they have been registered by TICA since 1982, because they would exponentially broaden the Ragdoll gene pool, because they would exponentially increase the patronage of spectators attending shows, because they would
exponentially increase new Ragdoll exhibitors in the TICA show halls! All of this is not only good for the Ragdoll breed, but it is good for TICA as well. 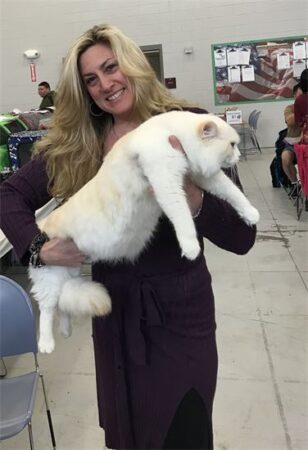 I would work to perfect the Ragdoll Breed Standard to reflect ALL TICA registered Ragdolls. I would advocate for those purebred Ragdolls that have five generations of solely Ragdolls in their pedigrees to be permitted to be shown for championship status within their breed group. Through my years of experience with generations of cinnamon carriers, solid, mink, and sepia Ragdolls, I have learned that it takes at least that long to capture the genotype that gives rise to the phenotype expressed in the Ragdoll Breed Standard. I would continue to strive to educate breeders, exhibitors, and the public about all aspects of the Ragdoll Breed and encourage them to become involved in the world of TICA. It is for these reasons that I am requesting that you vote for me to become a Ragdoll Breed Committee Member. Feel free to peruse my website to learn more about me and my Ragdolls. Thank you for your time. Be well,be safe!